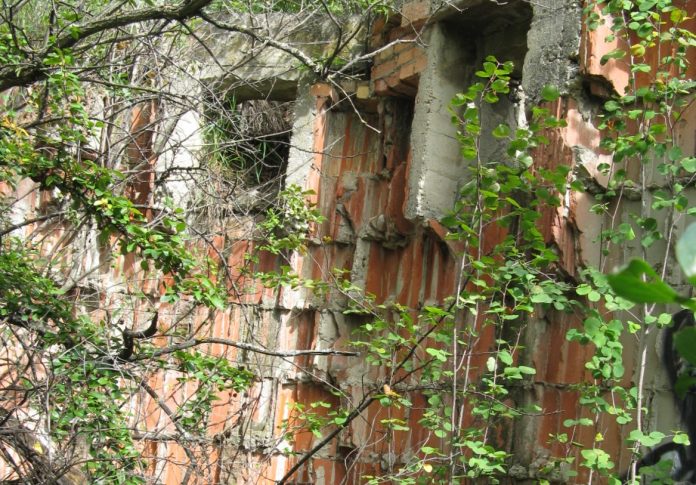 Hidden deep in the bush on the slope along the Elbow River pathway system near Stanley Park, a bit of brick and concrete rubble are all that remain of what was once a grand design for an impressive sandstone castle. It would have had sweeping views of the river and the burgeoning city beyond.

Dr. Neville J. Lindsay was one of Calgary’s early physicians. He arrived on the first passenger train in 1883, later returning with cash in his pockets from the Klondike Goldrush to pursue real estate development during Calgary’s first building boom. 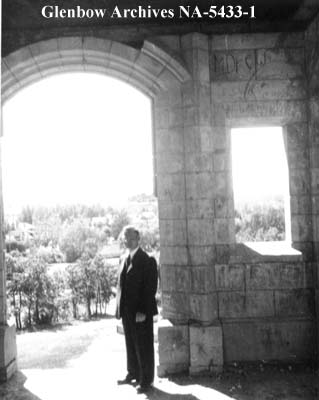 The site for the castle was purchased by Lindsay in 1904. Some claim it was once a fox farm. Hydraulic methods were used to terrace the hill and ten rows of fir trees were planted to stabilize the slope. Construction began in 1913 using sandstone blocks from the first Knox Presbyterian Church, a property purchased by Lindsay in 1910 to be redeveloped as a downtown business block. Work suddenly stopped on the mansion after the foundation, an enormous arched portico with wide steps, and some of the first storey walls were constructed. 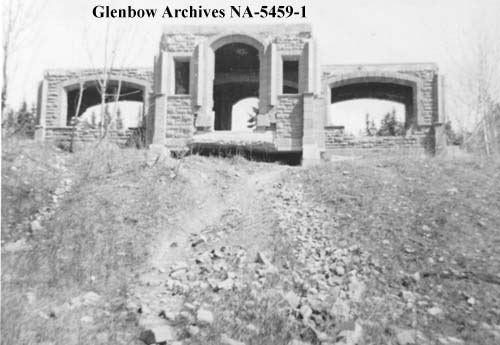 Why Lindsay abandoned the project remains the subject of lore. The romantic, untrue version was that he fancied the home for his bride who then died, but the real Mrs. Lindsay long outlived her husband. Another account was that Lindsay realized the slope was too unstable to support the grand structure and it could slip down the hill toward the river. Most likely, he simply ran out of money, having gained and lost a fortune in real estate speculation. 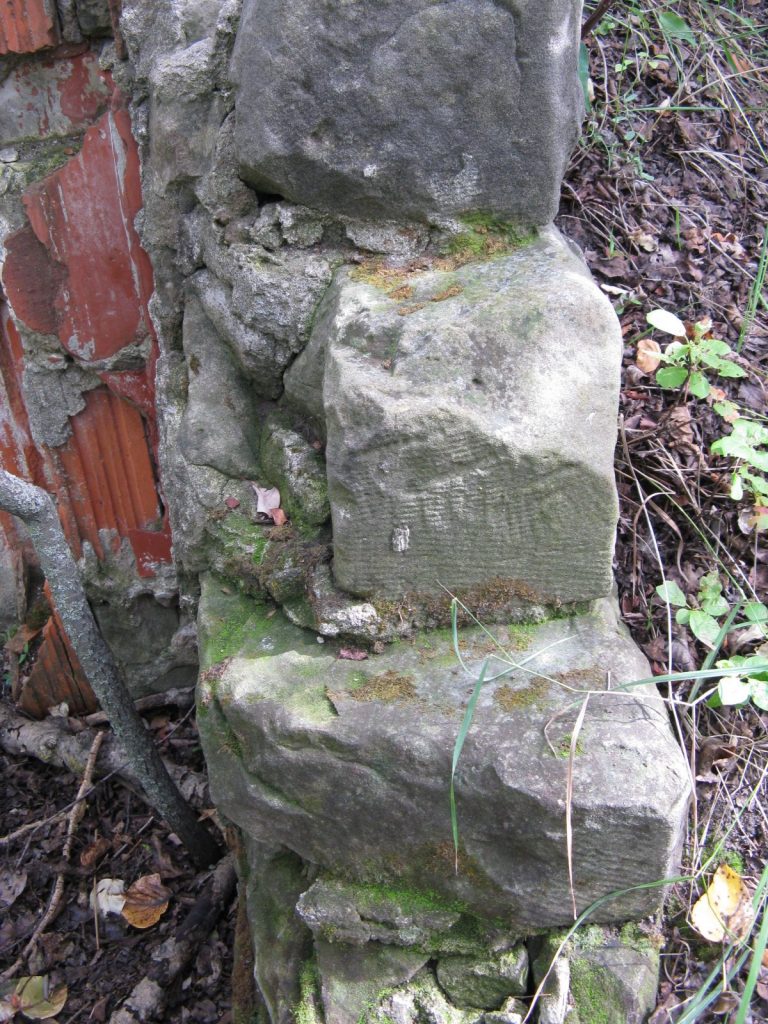 Lindsay died broke in 1925. The site reverted to city ownership in 1936 for back taxes and by 1938 it had become parkland. Metal was salvaged from the steel beams for the WWII war effort. In 1955 the sandstone portico finally collapsed or was bulldozed for safety reasons; the blocks possibly scavenged for backyard rock gardens and such.

The ruins of Lindsay’s Folly were used by swimmers to change for a dip in the Elbow River or as a secluded spot for teenage parties. For generations, children have played amidst the rubble, concocting ghost stories that contributed to the legend of “Deadman’s Castle”.

Had the castle been completed, would it have survived or simply tumbled down the slope toward the river, a victim of unstable slopes and the ravages of flooding; just one man’s folly.

Mittelstadt, D., Lindsay’s Estate: A History of Parkview and Erlton, 2001

Lawrence, E., The Story of Lindsay’s Folly, Avenue Magazine, May 2015 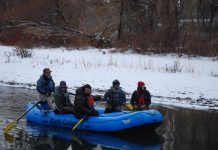