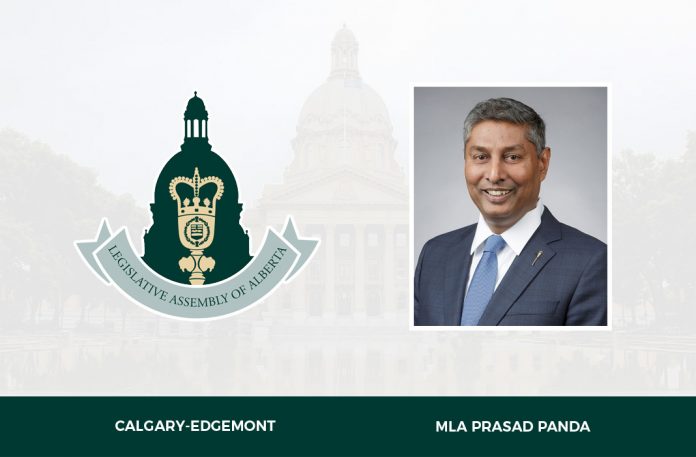 As 2021 comes to a close, it’s a time to reflect upon the year that has been.

Alberta has been through many challenges this year. I would like to thank everyone for your sustained efforts and sacrifices in helping protect your families, neighbours, and communities as we continue to navigate our way through this pandemic.

I especially want to thank those who contributed food items for Calgary’s veterans and their families. This annual food drive was a huge success, and my team was very appreciative for your support.

The Alberta Government has a plan to get through these trying times. Alberta’s Recovery Plan is focused on helping people, diversifying our economy, creating jobs, and building for the future. Alberta continues to see economic growth and job creation. We are expected to be the fastest growing economy in Canada over the next several years according to many experts across the country.

While this year has continued to test our resolve, we also have a lot to be thankful for. We’ve had the best year ever for venture capital investments in technology and other emerging sectors and are on track to see a half billion dollars invested in our province this year alone. These investments are helping put Calgary on the map as a hub for innovation and technology. Alberta is seeing massive growth in oil drilling along with major billion-dollar investments in hydrogen. It’s also the best year ever for film and television, with nearly a billion dollars in production value having come to Alberta, creating over 9,000 jobs. This includes HBO’s ‘The Last of Us’, which is the largest production ever to be filmed in the province.

We have a lot more good news to look forward to in 2022. From my family to yours, I wish you a Merry Christmas, and a Happy New Year!