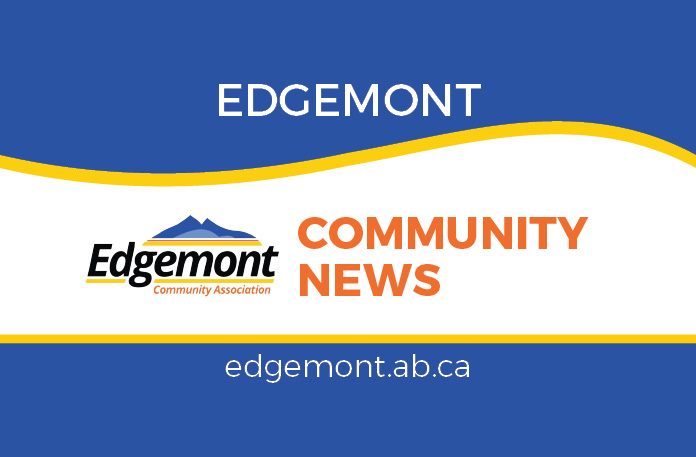 By the time you receive this July newsletter, the Edgemont Community Association will have had its first virtual Annual General Meeting. With any luck, it will have gone smoothly for the up-to-one hundred ECA members who Zoomed-in to hear, see, and vote for initiatives important to Edgemont. A sincere thank you to all who attended.

With an AGM comes a change in the Board of Directors and the next President’s Message will introduce the new Directors. There were some Directors who decided not to run for re-election and they should be recognized for the time and talents they have volunteered for the Community Association.

The most visible change may be that of our President, Paul Clark, whose message would normally fill this space. We thank him for his service and for his good humour when the editor prodded him to complete his message before the publication deadline! Paul can take pride in seeing the Edgemont sign replaced and the Community Centre refurbished, among other things.

Stefan Zanon has been our 1st Vice President and took charge of two committees: Human Resources and the Capital Expenditures Committees. The latter committee tendered out to design companies to provide the ECA with guidance on how to improve our community centre. When Gibbs Gage was chosen, Stefan followed through to produce plans and proposals for the centre. Thanks, Stefan, for the many hours above and beyond Board meetings that you spent doing Board business.

There are 10 returning Directors, each of whom performs vital roles in the association. Elaine Scobie, 2nd Vice President, in addition to executive duties, liaises with our trusty volunteer coordinators and with the Edgemont Networking Group (ENG). Terry Meiyeppen took on the job of Treasurer and Chair of the Finance Committee and helped to keep the finances straight through two changes of accounting software! Elspeth Kirk stepped into the Secretary’s position on the retirement of a Board member. She chairs the Communications Committee which is currently working to renew the ECA website and also edits the Inside Edgemont newsletter.

Bruce James sits on the Governance and Finance Committees. Jo-Ann Wither helms the ELM Committee, which makes sure Edgemont is colourful and picturesque all summer. The job continues throughout the year, though, as planning and contracting must be done months In advance of the gardening season. Brent McConnell sits on the Community Engagement and Membership Committee. Rick Wierzbicki is an all-round handy man and especially oversees the care and keeping of Edgemont’s rink. Chairing the Programs Committee and coordinating with sports groups, Connie Boucher also sits on the Communications Committee and helps with the newsletter.

Brett Plaizier is another member of the Communications Committee and has championed the proposed Disk Golf course in John Laurie Park. Bill Kirk chairs the Governance Committee and also responds, from the ECA’s point of view, to Development Permits for various projects proposed in the community.

There are many non-Board members of committees who also provide priceless service to the Edgemont community and they will be acknowledged in future messages. Please join me in thanking all these great volunteers and their families, who allow them the freedom to spend their time with like-minded folk getting the job done!