In 2008, Alberta Education launched a five-year Early Childhood Mapping (ECMap) research project to gather developmental information on kindergarten-aged children in Alberta. This ECMap project concluded in August 2014 and continued collection of the EDI became part of government operations as the ‘EDI Program’. The Alberta EDI Program operates within a three-year cycle; with one year dedicated to data collection and years between collections used for analysis of the data, development of reports, and planning for responding to the data. Alberta completed the latest province-wide collection in February/March 2016, and it is that data that we are excited to share now.

Some Things to Consider:

In the 2016 Alberta cohort, a higher percentage of young children in Alberta are developmentally vulnerable (29.4%) when compared to the Canadian norm (25.4%). Approximately three quarters of young children are developing on track in the areas of Physical Health and Well-being, Social Competence, Emotional Maturity and Language and Cognitive Development. Communication and General Knowledge was the developmental area with the smallest percentage of children developmentally on track (68.2%) and the highest vulnerability.

If you would like to learn more about the data specific to your neighbourhood, or in the Early Development Instrument and Data collection process and what you can do, email Calgary NW ECD Coalitions at [email protected] or visit ecdcoalitions.org. 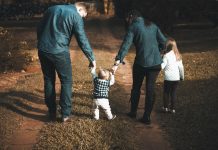 The Importance of Reading to Your Child