Sunday March 21 is World Puppetry Day! This day celebrates the creativity, diversity, and much more in the art of puppetry. Puppets have been used for centuries as powerful voices for social change, education, therapy, and of course, for fun. They are found in cultures and countries around the world – from ancient terracotta figures, Japanese Bunraku Dolls, Vietnamese Water Puppets, and British Punch and Judy to name just a few. Modern puppeteers incorporate old and new, and the art forms popularity continues to rise with the reboot of favourites like Fraggle Rock. Some of the first puppet encounters many people remember are their own hands making shadow shapes! Just like early people might have done, in the flickering fire light of their cave.

World Puppetry Day was launched in 2003, by Union internationale de La Marionette. Since then, it has been celebrated worldwide, and is a highpoint of the year for Calgary-based organization W.P. Puppet Theatre Society (WPTS). In fact, this month also marks the 30th anniversary of WPTS bringing puppets to Calgary families such as Blueberry Johnson, Beaka, Greedy Frog, McTavish, Thank-You-Dog, and more, along with hundreds of hands-on puppet creation workshops.

The story of WPTS’s beginning serves as inspiration to any young budding creator, as it all began with two little girls. Wendy and Pam would climb into the attic, craft characters, and scribble scripts to perform for family and friends. The youngsters had a wide repertoire, from Hood the Horrible to MacBeth, with the witches made from old woolen socks and pot scrubbers.

Three decades later, WP Puppet Theatre has become an organization that fosters imagination and exploration through their Puppet Power Conference ‘Festivals of Ideas’, their family friendly Puppet PopUps, and school arts residencies. Responding to the current times, WPTS has moved to digital programming, continuing their mandate to impact positive social change through the power of puppetry, and tagging many of their programs as a ‘Courage Journey’, supporting mental health and wellness.

Calgary is home to quite a lot of other puppet activity with the work of the Animated Objects Festival, CAOS, Old Trout Puppet Workshop, CAMP, Green Fools, Quest Theatre, Evergreen Theatre, as well as many individual puppeteers and artists. ‘Dolly Wiggling’, as Calgary favourite, Ronnie Burkett, would say, is alive and well in this city. 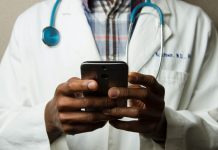 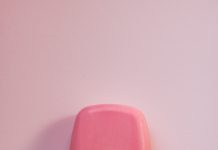