Ward 13 Councillor - April 30, 2022
City Council unanimously supported establishing an Event Centre Committee. I, along with Councillor Sharp and Councillor Walcott, will be serving on this Committee on behalf...

MLA Jason Kenney - April 30, 2022
A New Spring in Alberta Dear Neighbours, As the trees grow their leaves, the grass greens, and gardens start to blossom, we can also see that Alberta...

Ward 13 Councillor - March 31, 2022
Many residents have contacted me about the unsafe conditions on Calgary Transit, particularly around our C-Train Stations. I have been pushing Calgary Transit to make...

Ward 13 Councillor - February 28, 2022
This past month, I have been very busy at City Hall and in our Ward 13 communities. I was very disappointed to be part of...
Load more 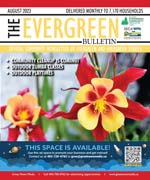 The SHAWNEE-EVERGREEN COMMUNITY ASSOCIATION comprises two areas; Shawnee Slopes and Evergreen Estates. Shawnee Slopes was originally considered part of Midnapore. Development in the area began in 1986 and has been primarily low density residential in nature. Shawnee Slopes is bounded by Fish Creek Provincial Park to the north, Midnapore to the east, Millrise to the south and Evergreen Estates to the west. The land in this community is characterized by gently undulating prairie, typical of the Calgary region. Major slopes are found along the Fish Creek Valley. The community has a provincially designated historic site, the Shaw Woollen Mill, located near the intersection of James McKevitt Road S.W. and Macleod Trail. Residents of this community enjoy direct access to the downtown via Macleod Trail, and close proximity to the many recreation opportunities found within Fish Creek Provincial Park.