My Calgary - May 16, 2022
Mayfair Crime Activity was Unchanged in April 2022 The Mayfair community experienced 0 crimes in April 2022, in comparison to 0 crimes the previous month, and...

Water Your Trees, Shrubs, and Flowers with a Rain Barrel

City of Calgary - April 25, 2022
Did you know, watering your yard can account for 30 to 40 percent of your annual water use? With changing weather patterns in Calgary, capturing...

How Much Do Water Leaks Really Cost Us?

This community was annexed to the City of Calgary in 1954 and substantial development occurred in approximately 1960. Views of the City, the Glenmore Reservoir, the Elbow River Valley, and the Rocky Mountains are enjoyed in Bel-Aire. The many open spaces in the area, including Lincoln Park, Glenmore Reservoir, and the pathway provide Bel-Aire and Mayfair residents with many recreational opportunities. The Downtown is located approximately 6 kilometres north of Mayfair, along Elbow Drive. 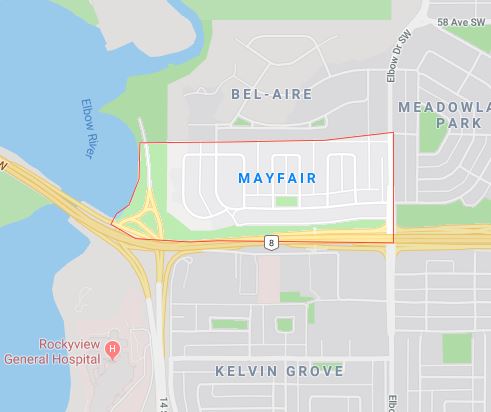