My Calgary - October 7, 2020
INGLEWOOD MORTGAGE BROKER: The terms of your mortgage may be costing you THOUSANDS MORE than you need to pay!  As a local Inglewood Mortgage Professional with...

MLA Joe Ceci - October 3, 2020
As we prepare for winter, small businesses are facing the challenge of how to thrive as the cold weather sets in. We know that these...

City of Calgary - October 1, 2020
Starting October 1, if you have an extra bag of garbage that won’t fit in your City black cart, you’ll need to buy a garbage...

City of Calgary - September 30, 2020
Household hazardous items such as propane tanks, oil and chemicals don’t belong in your carts. If a container has a hazardous symbol, bring it to...

MLA Joe Ceci - September 30, 2020
Dear Friends, The beginning of the school year should be a time of excitement and opportunity, but this one has been a little different. As I...

Make a Difference in Your Community

the Federation of Calgary Communities - September 24, 2020
Volunteering with your community association and contributing your unique skills and knowledge, alongside your volunteer team, helps your community thrive! Your volunteer efforts are critical...

City of Calgary - September 16, 2020
We know Calgarians are looking for ways to safely participate in arts, culture, sport, and recreation events like they did before the COVID-19 pandemic. So,...
Load more

Inglewood promotes an arts and culture-filled district with more than 100 shops, boutiques and eateries attracting locals and tourists alike. It has been referred to as Calgary's hub of local music thanks to venues like the Ironwood Stage and Grill (formerly The Garry Theatre), The Blues Can, The New Black Centre, and the headquarters for the Calgary International Folk Festival.

Inglewood is also home to Sunfest, a one-day affair that attracts more than 30,000 people to the community for activities such as outdoor shopping, live musical performances and a country-themed celebrity pie-eating competition. Sunfest is generally held on the last Saturday in July each year.

Since 2007, Inglewood has hosted the Bleak Midwinter Film Festival, founded by Inglewood residents Wendy Tilby and Amanda Forbis. Additionally, the neighbourhood is home to the Calgary International Fringe Festival, the International Festival of Animated Objects and numerous stage performances, live music acts and art exhibitions throughout the year.

Residents in this community had a median household income of $47,040 in 2000, and there were 20.8% low income residents living in the neighborhood. As of 2000, 12.7% of the residents were immigrants. A proportion of 32.8% of the buildings were condominiums or apartments, and 36.2% of the housing was used for renting. 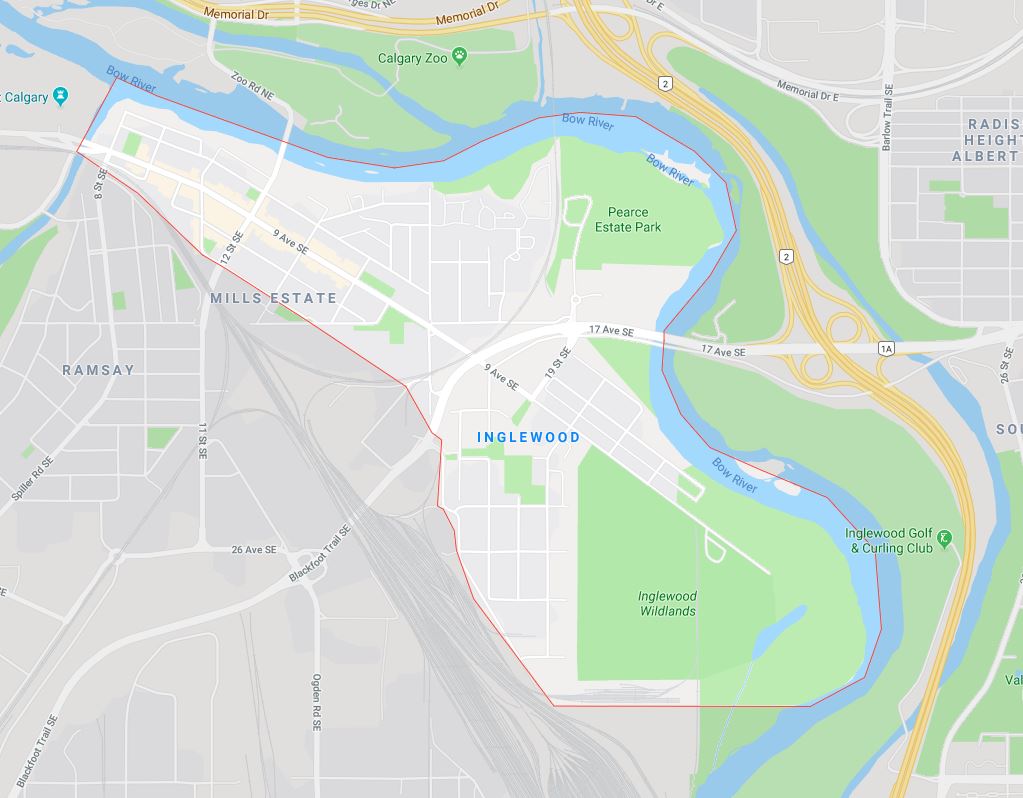