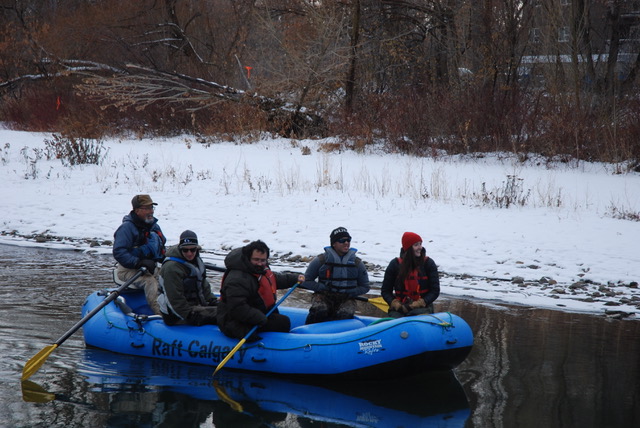 Official results are in – 231 redds (brown trout spawning nests) counted on the Elbow River from the base of the Glenmore Dam to the confluence with the Bow River! 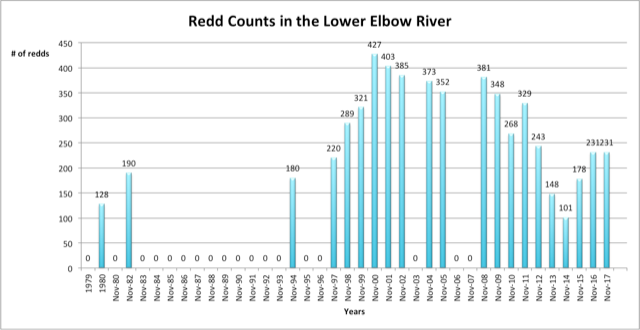 According to Chris Bjornson, the lead aquatic biologist, the spawning effort appears to have moved downstream since the 2013 flood. Before 2013 an average of 52% of the recorded redds each year were found upstream of Stanley Park. Since the flood the upstream average has dropped to about 37% of the recorded redds. Suitable gravel substrate pushed downstream by the flood or left high and dry on the banks of the Elbow are possible explanations for the shifting locations and reduced numbers from the high of 427 redds counted in 2000.

New for 2017 was an observer raft open to residents living in communities adjacent to the Elbow River, a “Redd and Tell” at Stanley Park during lunch including an aquatic bug hunt by the Weaselhead/Glenmore Park Preservation Society, information displays by the City of Calgary, Cows and Fish and Alberta Environment and Parks, a sumptuous wild game chili and decontamination (for whirling disease) of rafts and chest waders at Fort Calgary thanks to Alberta Environment and Parks.

Calgary River Valley’s 2017 redd count was funded by the Alberta Land Stewardship Centre. The opportunity to carry out annual surveys provides an early indication of trends and allows for the analysis of impacts on fish habitat such as the 2013 flood. In addition, it affords university students the opportunity to gain practical experience “in-river” and to network with experts in the field. 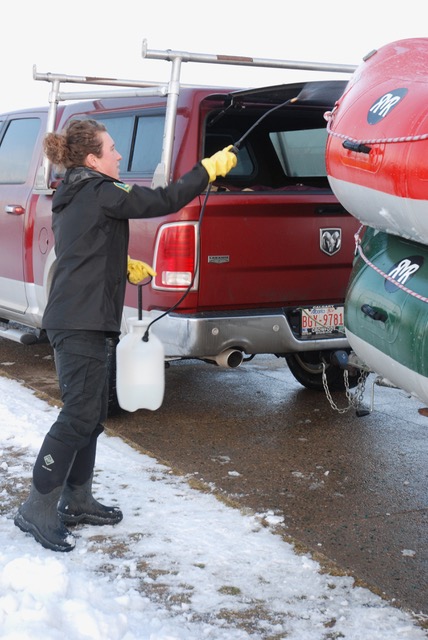 Once again, a great day to be out on the Elbow River, even if it was November, and looking forward to 2018!

on behalf of Calgary River Valleys.

We are the voice of our rivers. 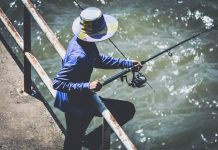 Can Fish Whirl—Chase Their Tails, Upside Down, and All Around?