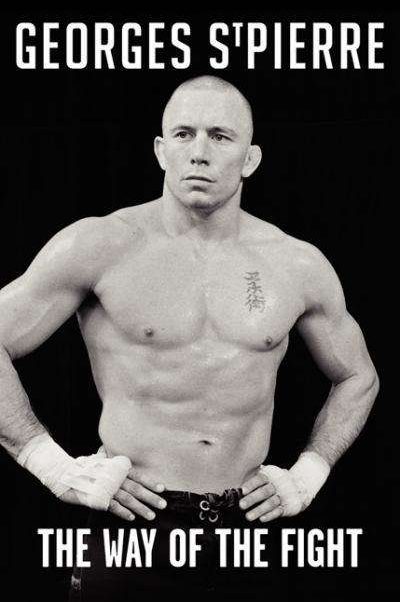 The Way of the Fight, a number-one national best seller, is a book written by popular Canadian mixed martial artist Georges St. Pierre, with Justin Kingsley. This book outlines how GSP, as he is fondly known, finds motivation, purpose and mental strength to become a true champion. The Way of the Fight outlines the life of St. Pierre and all that he has endured and overcome to become the great that he is. The book is divided into 5 sections: Mother, Mentor, Master, Maven and Conscience. Each section of the book takes a conversational tone whereby 5 important people in Georges’ life speak of different impactful facets of his life.

The best part of this book is that most of the things discussed by St. Pierre apply to most people. This book is not only for people familiar with mixed martial arts but is for everyone. For example, one thing that is consistently discussed by St. Pierre is fear and the impact that it had on his life. It is difficult to imagine the great St. Pierre to have any fear. I mean, he fights in a cage and destroys his opponents! Yet, in the book, we get to see a different side of St. Pierre. He shows the readers that fear of losing or being humiliated is something that he constantly deals with. He also shows us how she channelled his fears into something that he uses to become a better fighter.

Another aspect of the book that will deeply resonate with readers is the importance of humility and its importance in a person’s life. To elaborate on this, St. Pierre discusses a loss he faced to Matt Serra and recounts that he fell into the media and popular notion that he was the champion, the best ever and Matt Serra had no chance against him. St. Pierre ended up losing that fight and the embarrassment he carried with himself for not having prepared enough for the fight and underestimating his opponent’s abilities stayed with him for a very long time. But it also reminded and taught him to always be humble. These are lessons that will resonate with all readers, and not only MMA viewers.

The last thing that works for this book is the conversational tone that it has adopted. Imagine sitting with an important person of your life and conversing with them about important aspects of your life. This is exactly how this book is laid out. Perhaps the best section of the book is when St. Pierre’s mother recollects some of the childhood aspects of St. Pierre’s life. One story that sticks out is that of the dinosaurs. Georges expresses that he is fascinated by dinosaurs because they were the most powerful creatures in the world, yet they are now gone. This, according to St. Pierre, is because they were unwilling to adapt to changes. Cockroaches, on the other hand, can survive almost anything. The parallel that St. Pierre draws from this recollection shows the intellect and introspection that St. Pierre has.

The Way of the Fight is an intelligent book that could resonate with everyone and provides readers with an insight on the simple characteristics that St. Pierre has applied to his life to become a champion. It’s worth a read!