Each year, in the days leading up to November 11th, it is always heartening to see so many Canadians, from all walks of life, wearing a poppy on their lapels. The poppy is a symbol of national pride and respect, and a solemn pledge to never forget the brave men and women who have served our country and fought for our freedoms; with some paying the ultimate sacrifice.

As we approach the centennial of the end of World War I, it is important to reflect on the battles of The Great War – the victories and the defeats. This year, on the 100th anniversary, I would like to remember the brave soldiers of the Newfoundland Regiment, who fought at Beaumont-Hamel.

On July 1, 1916, the First World War’s Battle of the Somme began in northern France. It was a tragic beginning to a long and bloody battle. 800 brave members of the Newfoundland Regiment, part of the 88th Brigade of the 29th British Division, went into action that morning near Beaumont-Hamel, where they were bombarded by German soldiers who weren’t supposed to know that they were coming. But they did. And they were ready.

During the battle, as the Newfoundlanders advanced towards enemy lines, there was an apple tree on the slope that they nicknamed the “danger tree”, and it became a rallying point for the men who had made it that far. However, the tree didn’t provide much cover and was hit particularly hard by German gunfire. Many soldiers lost their lives that morning beneath the “danger tree”. The next day, only 68 of the more than 800 men who had taken part in the campaign were able to answer the roll call.

Today, a monument of a bronze caribou, with its face held high, is placed at Beaumont-Hamel, overlooking the trenches and grounds across which the battle took place, and where so many men lost their lives. It is one of only two National Historic Sites located outside of Canada.

As we remember the sacrifices of the brave men of the Newfoundland Regiment on that morning in July, we can reflect on the words spoken of their actions by the commander of the 29th British Division:
“It was a magnificent display of trained and disciplined valour, and its assault only failed of success because dead men can advance no further.”
All of our soldiers and veterans who fought in both World Wars, The Korean War, Afghanistan, and those who served as peacekeepers around the world deserve to be remembered and honoured on Remembrance Day and every day. 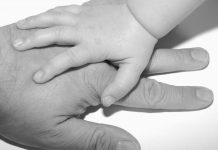 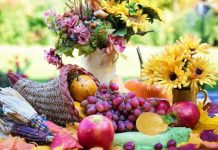